skip to main | skip to sidebar

The Curious Case of Stars.. 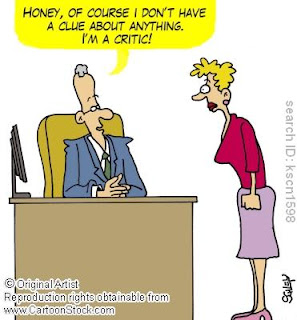 Here it is! The patented 5 star movie review system. This is a system I stole from my movie critic hero Roger Ebert, and it goes a little something like this:

Imagine each star as representative as a man/woman sitting in a theater seat.

1 STAR - A one star represents an empty movie seat; meaning that whatever man or woman was sitting in the seat prior has officially left the building. In other words: this movie stinks!

2 STAR - Here the man is still in the seat but finds himself drifting off to sleep. If you're continually glancing at your watch, this is a good sign that the movie is a two.

3 STAR - Most films fall under the 3 star category. This is the territory in which the man in the chair has stayed fixed on the screen the whole time. It wasn't necessarily memorable, but it wasn't necessarily forgettable either. (3 Stars I often find suffice as a DVD rental for the average movie goer in lieu of spending 9 bucks at the theater)

4 STAR - This is the kind of film in which the man in the chair finds himself clapping after the film is over. Highly memorable and genre bending material here.

5 STAR - The 5 star category is a furious standing ovation (admittedly a rare breed, but so is a 1 star for that matter). This slot is reserved for movies that defy genre and seem to transcend the normal movie-going experience. Recent examples include "The Hurt Locker" "Inglorious Basterds" last year's "WALL.E" or the wonderful documentary "Man on Wire"

Hope this helps shed light on an otherwise difficult task of putting a bothersome label on something often times hard to reduce to mere category!
Posted by KTC at 12:58 PM